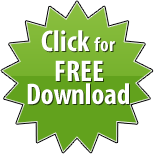 In order to help you with weed identification, here is a chart from Bayer Environmental Science. Most of these can be pulled by hand if caught early enough. The secret is to dampen the soil and make sure you get the whole root system. For an outbreak that gets out of control, CALL 410.437.3027 - the AMJ Landscaping Hotline - and we'll schedule an additional weed control spraying service.

The first step in weed control is the development of a dense, properly managed turf. If this approach fails to prevent weed infestation, herbicides are available that will control most turfgrass weeds.

Annual grass weeds, such as crabgrass, can be controlled with preemergence herbicides. These chemicals should be applied prior to weed seed germination in early to mid-spring. Depending on the location in the state, suggested dates for preemergence herbicide applications in Maryland are March 15-April15. This includes crabgrass!  If it sprouts you have to hand pick it or wait for the third tiller to grow before it can be sprayed, and even then, crabgrass can smother a good lawn.

Broadleaf weeds, such as dandelions, and ground ivy, are usually controlled with broadleaf herbicides. It is especially important to identify the weed(s) present and select the herbicide that will provide the best control of the weed(s). Broadleaf herbicide applications should be made when weeds are actively growing in spring or early fall.

Difficult to spot before damage occurs, there are a number of disease problems that can occur in turf at any time of the year. Some turfgrass diseases occur during the frigid months of winter under a blanket of snow while other diseases only occur during the hottest and most humid conditions of mid-summer. Some diseases occur more frequently when soils are saturated with water while others are more likely to occur under drought stress.

AMJ is always monitoring the weather to provide the best timing of applications.

The first step in the management of a turfgrass disease is to obtain an accurate diagnosis. While this is more of a straight forward task with turfgrass pests that are relatively easy to observe (weeds and insects), the pathogens which cause turf diseases are usually only visible under a microscope. Unless turfgrass diseases can be recognized in a very early stage of development, control is difficult and often impossible to beat completely. So we recommend a separate preventive spraying program during times of heavy rain and the heat of the summer. 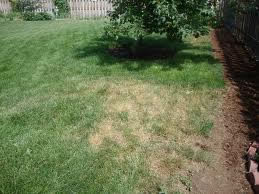 Most insect problems occur from late spring to early fall. Japanese beetle grubs feed on turfgrass roots during May and June and again in late August, September, and possibly into early October. As grubs feed on roots near the soil surface, large segments of turf begin to die. Often, the sod can be rolled back like a carpet and the grubs exposed. Birds, skunks, racoons and moles will often dig-up grub turf, sometimes creating extensive damage.The best time to control grubs is in late summer when they are small and feeding near the soil surface.

Leaf and stem feeding insects, such as chinch bugs and sod webworms cause turf damage during hot, dry weather in June, July, and August. Chinch bugs feed by inserting their mouthparts into turf foliage and sucking out the fluids. Most damage from feeding occurs in the hot, dry periods of summer.

Chinch bugs can be detected in turf by careful inspection of the turf bordering dead areas or by placing a large can, with both ends removed, a few inches into the soil and filling it with water. If chinch bugs are present they will float to the surface in 10 to 15 minutes. Planting or overseeding resistant grasses and irrigating drought-stressed turf may help in reducing insect damage.

Testimonials
Wanted to say thank you for a beautiful job. AMJ is a top notch landscape design company with professional and exceptional personnel. You went far beyond our expectations and we are thrilled with your work. We will definitely recommend you to our friends and family and will certainly be in touch for future projects. Thanks again and well wishes to all of you ---Lori, Pasadena, MD